THE ROOK by Steven James

So which one do you think HE chose? And what was on the other side?

Ahhh, you're caught too now. Pick it up and you won't put this thriller down. 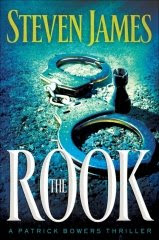 Following up his breakout hit, The Pawn, Steven James gives his fans another story about FBI Special Agent Patrick Bowers. And this time, his readers won’t know who to trust. James offers another intricately plotted thriller in The Rook with his in-depth study of geographic profiling, strategic crime analysis, and environmental criminology methods. Real-life retired FBI agent E. Cleon Glaze says, “Steven James’s ability to use modern, up-to-date investigative techniques to solve his criminal mysteries places him at the forefront of current mystery writers.” Full of fast-paced action and mind-bending plot twists, The Rook is an adrenaline laced page-turner that will keep readers up all night. Book 2 in The Bowers Files, this riveting look into the darkness that lies in every soul is the perfect follow-up to James’s critically acclaimed bestselling thriller The Pawn.

“Sophomore slump? Fuhgeddaboutit. In his second thriller about FBI criminologist Patrick Bowers, James delivers the caffeinated plot twists and intriguing characterizations that made The Pawn a welcome addition to the suspense genre…”
--Publishers Weekly (starred review)

“Steven James hooked me with his debut, The Pawn. Now in this explosive sequel he has absolutely blown me away…”
--Bookshelf Review.com


WHO IS STEVEN JAMES?

Steven James is one of the nation’s most innovative storytellers and a bestselling author. He has written
more than twenty books and is a full-time speaker, having appeared more than 1,500 times throughout North
America, Europe and Asia since 1996. His first mystery thriller, The Pawn, has already hit the bestseller
lists and is a finalist for the 2008 Christy Awards. On August 1, 2008, his second book, The Rook, joins the high-octane thriller series, The Bowers Files. A third book, The Knight, is set to join the expanding series in Summer 2009.

James has had many outlets for his creativity. He holds a Master of Arts in Storytelling. In 1997, when he completed this degree, he was one of only a hundred people in the world with such a degree. For years, James has focused on crafting nonfiction books that explore and broaden the connections of story, imagination, and Christian spirituality. He has recently contracted several more titles with Revell, a division of Baker Publishing Group. His recent nonfiction books include Sailing Between the Stars and the critically acclaimed Story: Recapture the Mystery, which received a starred review from Publishers Weekly. He has been honored with six national awards for his writing and storytelling, including a nomination for an ECPA
Gold Medallion Book Award.

In addition to his books, James has written hundreds of articles and stories that have appeared in over eighty different magazines and publications, including Writer’s Digest and Guideposts for Teens. James lives and writes in eastern Tennessee near the town of Jonesborough, the heart of the modern storytelling revival. He likes rock climbing and science fiction movies. When he’s not writing or speaking, he enjoys spending time with his wife and three daughters.
Posted by Unknown at 12:03 AM

Promote Your Page Too 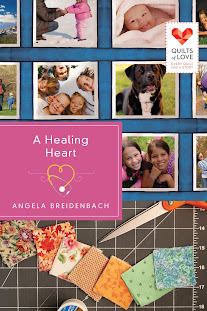